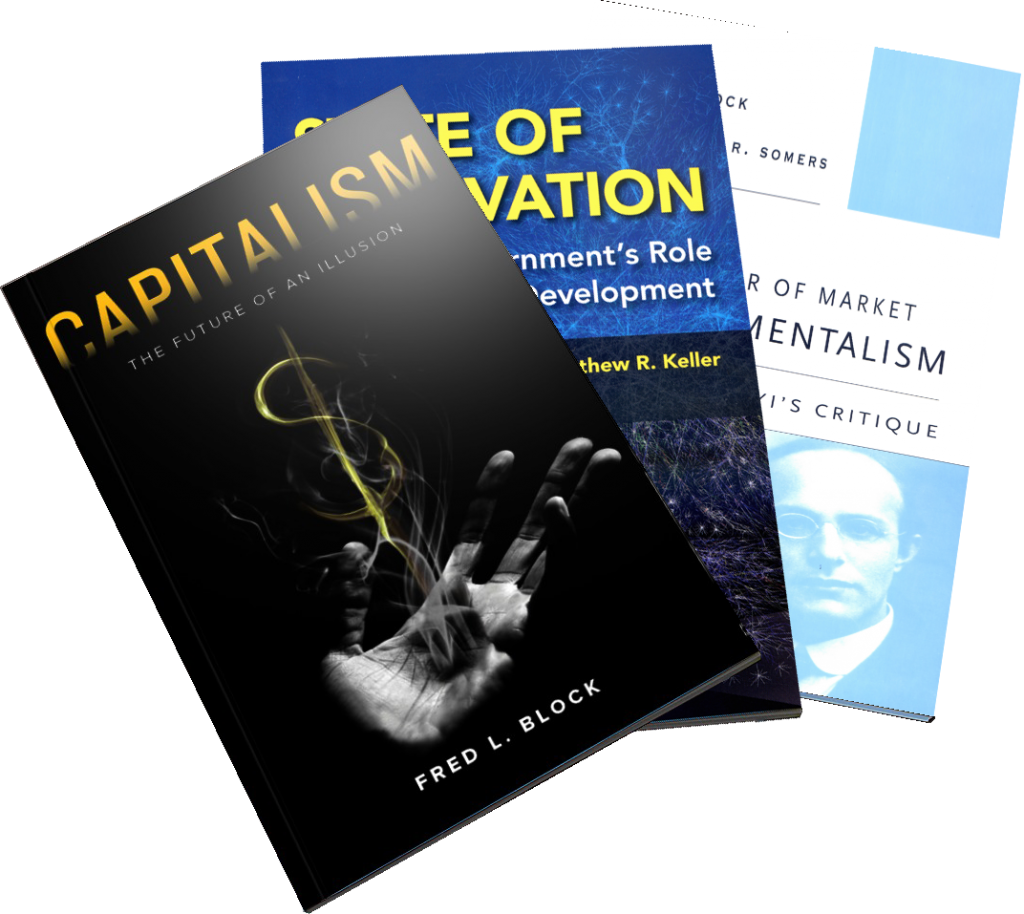 Seeing the State:  In Search of a New History of Economic Modernity

To Reform Capitalism, Look to Marx

The Return of Karl Polanyi

A Strategy for Rebuilding the Manufacturing Sector in the United States

Karl Polanyi in an Age of Uncertainty

No Mandate for Market Fundamentalism
The President insists that his election victory paves the way for major new initiatives such as Social Security privatization. However, there is little evidence that the public embraces the right wing’s long term hostility to our most successful and effective social program.

Pessimistic Conservatives Cannot Fix Social Security
The Administration’s push for radical reform of Social Security rests on the idea that it is impossible to solve the system’s long term financing problems. In reality, this pessimism is simply a consequence of their deep hostility to public spending.

Fred Block applies the Moral Economy perspective to the debate about Social Security and other retirement programs. He proposes an alternative revenue source that would allow us to protect both present and future generations of retirees from economic hardship and insecurity.

The case for privatizing Social Security depends on an error of logic. If in the future, there are too few wage earners to support too many retirees, private accounts will not solve the problem.

Protesting For All the Wrong Reasons
Religious conservatives have been attacking giant retail firms for dropping Christmas from their holiday greetings. But Santa might have other reasons to put Sears on his list of those who get a lump of coal in their stockings this year.

Poverty Rediscovered and so Quickly Forgotten

PRX IdeaSphere:  A Platform for Today’s Voices
Fred Block on his book, Capitalism:  The Future of an Illusion (Part 2)

PRX IdeaSphere:  A Platform for Today’s Voices
Fred Block on his book, Capitalism:  The Future of an Illusion

Institute for New Economic Thinking
Fred Block: We Can and Must Reform Capitalism

Institute for New Economic Thinking
Fred Block: In Tech, Reagan Had It Backwards

Bennington Lectures
Capitalism: The Future of an Illusion